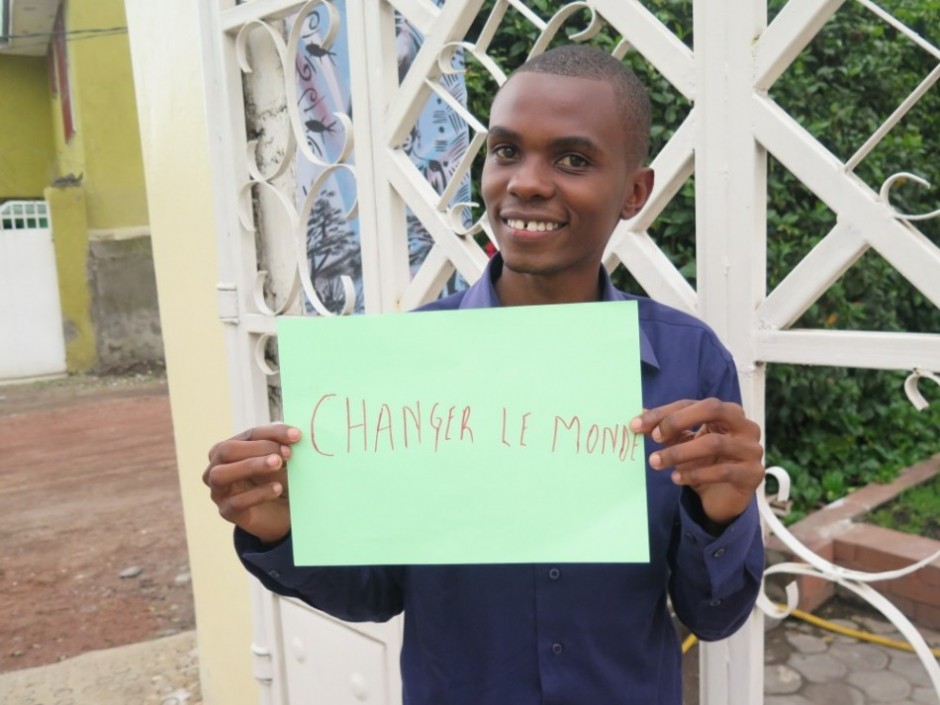 One of the core values of The Congo Tree is INSPIRATION; that ‘everyone can be inspired and be inspirational, and every person is called to inspire within their own environment’. This value is most clearly worked out through our mentoring scheme and the truly amazing young people that give up their time to mentor others like them, just a little younger.

The Congo Tree has been mentoring Congolese youth since 2013 and now there are over 180 young people who have been trained as what we call ‘Leader Mentors’. Leader Mentors are paired with a Young Leader who they will support for at least a year, and often longer.

There are countless stories of how these mentoring relationships have inspired both the mentee and the mentor, but below is the story of one… 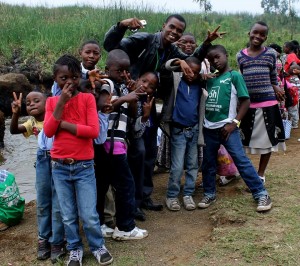 Medi has grown up in Goma with his parents and two brothers. He believes that growing up in Africa was good, but sometimes it was difficult living in DRC because of the war. Medi valued going to school, however the teaching was mainly theoretical and not practical. Through The Congo Tree he was able to learn more things, not just in theory but in practice as well. The best example of this for him was mentoring:

“You are a leader but you also have someone following you so you are able to help them and put into practice [what you have learnt].”

Medi says that: “Knowing that there is someone who is following me means I have to behave in a way that is responsible and will help this person grow as well. It helps me to also understand people’s problems, how to listen to them, how to help them solve their problems, and how to help people in general.” 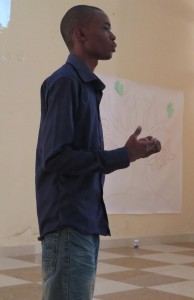 Medi was a mentor to Baby. They spent a year together, meeting every month to support Baby with his goals and dreams, as well as general life stuff. Prior to his time with The Congo Tree, Medi had helped to set up a local social action organisation called BADEN Developpement, to support children in poverty in DRC particularly by creating space and opportunity to have a voice through arts, sports and training. Medi asked if Baby wanted to come along and get involved. Baby jumped right in and loved it, and did such a good job that he is now the Coordinator of BADEN!

Medi has also come a long way since his initial training with The Congo Tree. Following a brilliant year as an Intern with the DRC Team, he has just stepped up into the role of DRC Team Leader! Medi now leads the teams of interns and facilitators; training, equipping and supporting them to run our programmes and meetings. He continues to a key part of our social action projects and leads our schools work in DRC and says:

‘The biggest thing that drives me is to see Congolese youth see things in a new way, and take major decisions to change difficult situations. Influencing others in a positive way is our work everyday.’

Medi says that he has been inspired by the investment in him and we can see that he continues to be an inspiration to the Congolese young people that he works with. We’re so excited to have him leading our DRC Team!